Shark attacks are one of the main fears of those new to kayaking. The ferocious predators have long gained notoriety in human culture, so the question of shark attacks and escape from them is asked more often than ever. And it’s about time we answered it in detail!

This question can be answered briefly or in detail. And those answers will be diametrically different from each other. The short answer is: yes, sharks do attack kayaks. But dig a little deeper and the picture is no longer so apocalyptic.

“Shark attacks on kayaks” is a phrase that doesn’t describe the sharks’ actions well enough. The fact is that they are not attacking, but studying the kayaks. And they do it peacefully enough, though it hardly reassures the kayaking enthusiast. Even the experienced one.

Sharks are marine predators. Their main diet does not include human meat. Moreover, they hardly like human meat because it has very little fat, so a shark will almost never attack a human to eat it.

Those rare attacks are due to the inexperience of the predators: they encounter a kayak for the first time and do not know what it is. Food or no food? The most sensible strategy seems to be to study an unknown object and “test it for edibility,” which is what sharks do.

And this is not a theory, but a fact, which is confirmed by the way the shark interacts with the kayak: it is not at all like ferocious predators attacking seals or other prey. Rather, it is an expression of healthy curiosity that can end badly for you.

Nevertheless, the fear of being attacked lives on in human culture, which means that shark attacks on kayaks and ways to counteract them are worth talking about in detail.

What color do kayaks attract sharks?

People often start to worry about attacks before they have even bought or rented their first kayak. So they begin to wonder about color: Is it true that the color of a kayak affects how often sharks attack? Science says that color has no effect because sharks have no color vision, but at the same time, statistics show otherwise.

In California, for example, sharks have attacked 17 kayaks since 1989. What color did the predators prefer? Blue. But yellow and white colors on the contrary, sharks care the least.

This fact is confirmed by global statistics. It would seem that the answer is unambiguous, but there is a nuance: there is every reason to believe that these are coincidences, because most of the attacks were recorded during fishing, and the color most likely played a secondary role.

In any case, it is better not to take any chances and choose a white or yellow kayak. Let it will not look as stylish as the blue version, but it will hardly matter when there is a curious shark circling around you with an irresistible desire to taste your meat.

Statistics on shark attacks on kayaks

The best way to allay any fears that sharks are harmless to humans is through statistics. And we have a lot to study because every attack since the late 18th century has been carefully recorded.

So, since 1779, sharks have attacked humans 6,522 times. That’s about 27 attacks a year. But the statistics include all attacks, regardless of the swimmer the person was using. Kayaks account for only 59 recorded cases overall time.

One in five attacks on a person in a kayak has been fatal. That seems like a lot, but if you look at the cumulative statistics, the figure is different: shark deaths in a kayak are 0.35% of all deaths. A person in a wetsuit has a much better chance of dying.

What is interesting: the intensity of attacks has started to increase, but there is no cause for concern. Most likely not all of the attack records have reached us, so we just don’t know the exact number for such a long period.

So let’s look at the statistics for 2021. The United States has the most attacks. Canada has the least. But the U.S. is second to Australia in terms of deaths from sharks. Yes, sharks attack frequently in America, but it rarely ends in human deaths. But how frequent are the attacks? Canada has only one recorded case in a year. The U.S. has more – than 47 cases. Of those, most are in Florida – 28 cases.

Considering how many people visit the ocean every day, you have a better chance of dying on the way there than falling to your death bravely in the jaws of a shark. Nothing to worry about.

Here are some real videos of shark attacks:

Types of sharks to worry about while kayaking

Although the statistics are on our side, you should be careful when kayaking and know exactly which shark can harm you. There are several species that pose a danger to humans:

The most famous and dangerous of all. It is responsible for most deaths from attacks, so you have to be careful with it. It fully lives up to its name: it is very large and can easily handle any person. Its sharp teeth and immense curiosity pose a serious threat, so it is better to stay away from the White Shark.

Not inferior to whites in bloodthirstiness. They are not as dangerous in terms of anatomy, but because of their high aggressiveness and love of living in shallow waters and harbors, they pose a serious danger to humans.

The best thing you can do when you see a bull shark is to head for shore without trying to study or provoke the predator into action.

The tiger shark is in the bottom three of the most dangerous sharks. It is very large, unassuming to eat, and curious, so you should stay away from it. The tiger shark accounted for 138 attacks, of which 36 ended in death, so you should not play with fate, having met this predator in the ocean.

This species of shark often attacks humans, but the good news is that no attacks have ever ended in death. Frequent attacks are due to the fact that the shark prefers to live in shallow waters near people, and the lack of fatal outcomes with the size of the predator: it can bite your hand painfully, thoroughly damaging the limb (amputation may be required), but it hardly kills.

How to avoid a shark encounter

Statistics tell us that the best way to avoid a shark encounter is not to kayak in Florida. Canada is ideal! But there are other ways to minimize your risk of encountering a dangerous predator:

These tips are more effective than the color of the kayak you plan to buy. Follow them and the chances of encountering a shark will be minimal.

What to do if you are attacked by a shark

The main rule of interaction with any predator is to remain calm. Sharks are no exception. If you see a shark, the best thing to do is to take your time and start moving toward the shore absolutely calmly.

If you start to panic, the spray from the oars and noise will attract the attention of the predator. It will think you are a wounded seal and start attacking your kayak. This is not something you want to worry about.

The shark may become curious and begin to investigate your kayak. If this happens, don’t make any sudden movements. Most likely it will “taste it”, realize that the kayak is not edible, and swim away. If this does not happen and the shark continues to “explore” and becomes more and more aggressive, try to hit her on the face with the paddle. The main thing is not to overdo it and not fall overboard.

If you somehow got overboard, urgently climb back overboard. Your safety and life depend on it. Practice doing this in a calm environment so that in case of danger you will definitely be able to climb back on the kayak.

And most importantly: do not provoke a predator. The ocean is its territory, so if you spot a shark, it’s best to stop kayaking and head for shore.

What do we have in the end? Yes, sharks do show interest in kayaks from time to time, but it is hardly the interest of a predator in prey. Rather: a curious animal encountering an unfamiliar contraption for the first time.

The chances of your kayak being the object of interest are slim. They cannot be increased by renting a kayak of a certain color, but they can be greatly reduced by refusing to fish and sticking to safety guidelines.

Chances are, you will never be interested in a shark, but that’s no reason to disregard safety precautions and forget how to behave in the open ocean. After all, even a stick shoots once a year.

Sharks don’t distinguish colors, so no. There is an opinion that the blue option is the safest, but this is broken down by attack statistics, which show that the white and yellow options worry the shark the most.

Will dark coloring prevent a shark from attacking your kayak?

It probably won’t have any effect. A shark is a predator for whom vision is important, but not of paramount importance. The color of your kayak doesn’t bother the predator much.

Are sharks attracted to kayaks?

Sharks are attracted to anything that swims in the ocean. And kayaks are no exception. But it is only curiosity: a shark does not seek to devour everything it sees, and human meat is not a delicacy for it at all.

What color do kayaks attract sharks?

It’s not the color that attracts a shark, it’s what you do in a kayak. If it’s fishing, the chances of attracting a predator increase dramatically. If you’re just swimming and taking precautions, a shark is unlikely to be interested in you.

How do sharks feel about kayaks?

With curiosity. They are curious about what it floats, but a kayak certainly doesn’t make a predator hungry. Out of interest, a shark might taste your kayak, and if it’s inflatable, you’re definitely in trouble. If not, it will quickly realize that the kayak is inedible and move away.

Do sharks think of kayaks as seals or food?

A shark may think that a kayak is a seal or other food, but it does not consider it to be one by default. Once a predator tastes the plastic of a kayak, it will know right away that it is definitely not food and will back off. 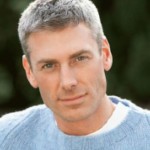 My name is Max Richardson and I am 29 years old. As an athlete, I can say that rowing and fishing have made my life happier. I fully harness the thrill of the paddle by endlessly strapping a kayak to the roof of my car and heading out to the waters. More details